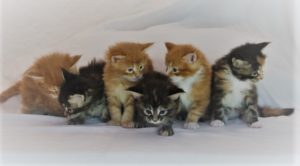 Maine Coon cat owners everywhere have a lot of great things to say about this beloved breed. One of the things that people would immediately say about Maine Coons is that they are big and magnificent. But there are still a more to these gentle giants that make them so endearing than just their size.

Visit us and like us on our Face Book page – https://www.facebook.com/FloridaMaineCoonCats/

What are some interesting facts about Maine Coon cats?

Let’s talk about ten fun facts about Maine Coon cats that make them one of the most popular cat breeds not just in the US but all over the world. Florida Maine Coon Kittens have been bred here in Florida, we have delivered and sold kittens to many happy owners in the United States.